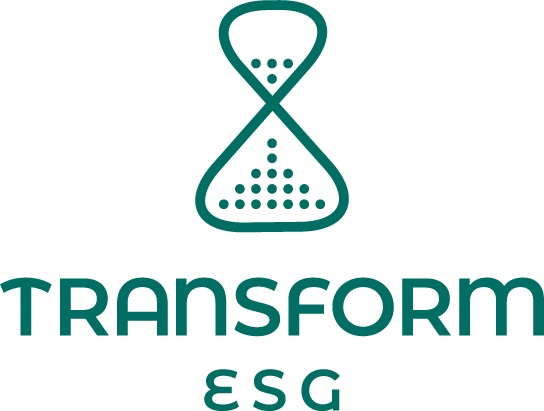 Imagine the scene: it’s late evening and the kids are upstairs, asleep in bed; you’re enjoying your favourite comedy on Netflix when suddenly there’s a loud knocking and shouting at the front door. You answer the door and a terrified neighbour splutters: ‘Your house is on fire – you need to evacuate, NOW!’ You step outside and look up to see flames and smoke billowing from the roof. You freak out, thank the neighbour profusely and they leave.

Next, you return to your armchair and resume watching your TV show as if nothing had happened.

Absurd and improbable as this short parable sounds, it is more or less where many of us are right now with climate change. We’ve acknowledged that the kids are going to fry and we’re doing almost nothing.* Thousands of cities, towns, counties, states, universities, schools, nations and other communities have formally declared a climate emergency. What has happened since these declarations is: almost nothing. Almost everywhere.

So, what is causing this peculiar inertia in the face of such determined and public acknowledgement of a potentially genocidal catastrophe? There are many suggestions as to what might be behind it, from the paralysis of fear to the determined denial of the anaesthetized addict. What matters most, however, is getting past the inertia and into concerted action.

Perhaps the biggest problem faced by people who can see they have such an emergency on their hands is knowing quite what the nature of that emergency is. When we look out of the window and the sun is shining on a pleasant landscape it is all too easy to fall into the trap of thinking everything is just fine as it is. The data tell us a very different story but the immediate experience is actually pretty pleasant for most people: warmer days, more sunshine, some refreshing showers and a cooling breeze, what’s not to like?

The climate scientists, scenario modellers and statisticians might be issuing grave warnings when they deduce that current climatic conditions are increasingly conclusive evidence of a very serious set of problems indeed – but for many of us privileged civilians it’s just a slightly more comfortable version of life as we’ve always known it. The world is still turning and the picnics are more enjoyable – again, what’s not to like?

What’s not to like are two main things: firstly, for many millions of people, life has already taken a major turn for the very much worse. Large parts of long-established communities have become uninhabitable; livelihoods have been destroyed and ecosystems annihilated. Entire civil wars have been triggered and increasingly desperate and internationally disruptive migration patterns have begun to appear where ancient, relatively stable ways of living had prevailed for countless generations.

The second big challenge is: we’ve never seen anything like this before. When a loved one is diagnosed with a life-threatening health condition it is invariably devastating for all concerned. At least, however, the condition is generally well known, the diagnosis reliable and the prognosis based on an enormous body of expertise, facilities and data. Everybody knows more or less what to expect, what they can do and how to make the best of the situation for all, including the patient, who will be impacted.

With this one, we’re all becoming impacted, no one has a full understanding of how it will turn out or what to do for the best. We cannot count on anything familiar to help and reassure us as we move together into this increasingly uncertain future: all bets are off.

Many say that the wealthy will be protected by their resources from the worst of the pain that is arising. This is no doubt true to some degree. But even this is not a reliable safeguard: research has demonstrated that if climate change were to continue to accelerate unchecked along the trajectory it is now following, the impact on the global economy could be the equivalent of four to six times that of the 2008 crash every year. That is not the kind of global market that even the wealthiest, most astute and agile hedge fund leader can expect to survive.

So, enough of the disaster movie plotting, what can we do in the face of such a scenario, while we still have time and perhaps some hope. I suggest that the three vital factors are communication, collaboration and culture.

All around us there are people and institutions with enormous bodies of relevant information that can help us to address the growing challenges with massively increased success. What has not happened so far is the widespread distribution of that information in comprehensible, compelling and usable forms. And the information we all need to see and understand is not only hitherto incomprehensible scientific analysis of complex global phenomena; we also need to know the answers to simple questions such as: where can we make the most difference, most quickly and with least power, skill and specialist knowledge: is it land use, transport or energy consumption, London or Lebanon?

The next thing we need is a means by which to know what success looks like: as we begin to make change where it most matters, we need to know how we are doing, where to do more, where to do less and where to do different.

We also need a clear idea of who can help us with something we require in order to do better – and who needs something we can provide, whether it’s information, material assets or skills. Of course communication is vital to our improving performance in this area too – but it also calls for a movement towards a collaborative model based on mutual support and shared success: nobody’s as clever as everybody.

Finally we must make these changed behaviours part of a newly emerging cultural mindset. Over the years numerous movements have sprung up – usually in the face of massive shared adversity – in which old rivalries and disagreements have been transcended as a community attempts together to survive and even thrive against apparently insuperable odds. This isn’t just ‘the wartime spirit’ – historians have shown that, in the face of acute challenges such as invasion or siege, a hitherto unseen level of collaboration can sometimes arise but more often than not, self preservation quickly takes over again, in most cases, at the earliest opportunity.

Our current situation differs from all historic situations in one fundamental way: this is the first truly global threat any of us has ever encountered. There really is nowhere to turn for unfair advantage. If we are going to escape with our lives, we are going to have to evolve an entirely new culture of genuine mutual support based on comprehensive communication and collaboration.

Perhaps this is our chance to make an evolutionary step of a kind never seen before?

* Incidentally, I am delighted that Greta is now using this ‘house-on-fire’ metaphor. I first used it in 2007, when she was four years old (she was probably kicking ass even then)!